Poor performing technology is utterly frustrating, especially when you think about the amount of money you have to spend on it. iPhones get slow, and users just assume that they are getting old and need to be replaced, but before you rush out and get a replacement, Fonehouse have put together some great tips to speed up your iPhone and ease your performance angst.

There are basically three levels of reboot on offer to the iPhone user.  Firstly you can just turn the phone off and back on again by holding down the side or lock buttons depending on the model.  The turn off slider will appear, and you can go from there. Ensure it has powered entirely down before switching it back on.  If this doesn’t seem to change things, then try a soft reset.  For 6 and below this requires you to hold the home and lock buttons until the screen goes black, or on 7 and higher the buttons either side until the same happens.  This will bring up the power off slider, but ignore that and keep holding. The phone screen will go black, then release.  The phone will now restart with the Apple logo.  Powering off and soft restart do not affect data.  Your apps and data remain untouched, so it is perfectly safe to do these.

If neither method seems to work and your iPhone remains slow, you might want to consider doing a factory reset.  Here you have two options.  Either start again from scratch or restore from backup.  If you have pictures or music, you do not want to lose then ensure you have performed a full back up either to the cloud or to your iTunes before doing anything else.  Some games lose progress; others seem to remember, so check your settings for individual apps and make sure you have everything turn on in relation to progress storage, then back up.  Some people have no issue restarting the phone from scratch, and this will ensure you only reinstall the apps you need and not space hogs that never get used bu contribute to poor performance.  Many users feel that this cleared lots of issues that can arise from glitchy iOS updates.  Your phone restores to factory settings and then will prompt to update to the newest iOS available skipping any versions in the middle that may have added to the clogging up of performance.   If you restore from backup, the benefit might not be as pronounced but worth trying. 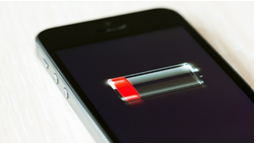 Controversially iOS 10.2.1 released a new power management tool designed to guard against sudden shutdowns.  Unfortunately, this has negatively impacted all 6 and 7 handsets.  You can check your battery health and see what is happening to your handset by using various third party apps or get a base check by going to Settings>Battery.  If your battery is not healthy, you will see a warning at the top of the screen ‘Your iPhone battery may need to be serviced. Learn more…’

f there is no message you are good to continue, but some of the apps such as CoconutBattery can give you a more in-depth look at what is happening.  If the results of any app suggest, your battery is performing at 80% or less it could indicate a new battery is needed.  However, Apple has said that they will release a further update late in 2018 to offer a realistic guide to battery health, which will be more accurate than any apps.

Are you one of these people that plays the ‘download later’ game when it comes to iOS updates?  It does always seem to pop up and the most inconvenient time but stalling indefinitely could be one of the reasons the phone is not performing as well as you might hope.  Updates do not slow the phone down; this is a myth.  Apple has now ensured that all updates are optimized for the handset, and it will be automatically detected and applied.  iOS updates contain bug fixes and security updates to really they are invaluable.  So if you need to dismiss a reminder because you are busy, set a reminder to do it later when you aren’t and stick to it.

iOS itself is pretty good at looking after any background processes, but sometimes apps can be really bad, Facebook, for example, is one of the apps that uses less than legitimate means to run in the background continuously. Navigate to Settings>Background App Refresh and slide off any apps that do not need to be hogging the memory.

Most people assume that if you have come off one app and go to do something else the first app has closed nicely.  This is not the case; apps actually remain open unless you close them.  If you have a model with a home button, this launches the App Switcher, and you will see a carousel of all open apps.  Swipe the list to scroll through and throw any apps you want to close upwards to the top of the screen.  For iPhone X users without a home button, swipe up from the bottom of the unlocked screen but don’t let go immediately.  You will then see the same carousel style app switcher.  Again throw the apps up that you no longer want open, or hold your finger on them until a red cross appears in the corner.

Just as you would on a PC.  Storing all the cache items will slow a phone down, so it is worth clearing them periodically.  Navigate to Settings>Safari>Clear History and Data.  From here press the Clear History and Website Data option and confirm.  This only clears the browser cache, and individual apps will store information, so check here: Settings>General>Storage and iCloud Storage and look at each particular app.  Sadly the only way to get rid of a memory hungry app cache is to delete and reinstall the app, but it might be worth it for the performance boost.