All of us love torrents but there is a question as to how long will these last? It is because these torrents deal with the copyrighted material which can easily land you into hot water or trouble with authorities.

We saw how Sudan – an endangered species died thus, putting an end to the race of white rhinos Similarly, people think the torrents are “endangered species” and the names like YTS, RARBG, Pirate, and others will diminish and that it’s only a matter of time. You can say the future belongs to the private internet trackers and that they will rule the day where access will only be “by an invite.” 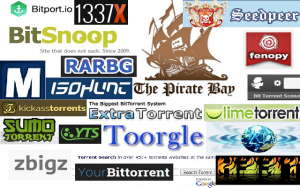 Is it really over for torrent sites?

You can just google best torrent sites or alternatives to YTS, and you’ll see Quora, AlternativeTo, Ivacy and other sites pop up, all of them covering posts on hip torrent sites. Right now, torrent sites may vanish but not anytime soon. Also, there’s a possibility of them being replaced by private tracker sites. However, if the private internet trackers were to become the norm, nobody will be able to freely download whatever and whenever they liked. While torrent sites are open to everyone, private internet trackers work on invite only where the owners strictly manage the ratio of seeding and leeching. Public torrent sites have, on their tail, license companies and different publishers. But the trackers, they are smart because they tend to avoid most of the heat since they invite only and have a strictly regulated seed-peer ratio.

Moreover, with public torrent sites, it is often observed that they go bust or taken down by authorities. But they always show up with another domain name. The popular torrent site YIFY, for instance, has undergone several domain changes over time and counting. It is, for this reason, the future might seem bleak for torrents in 2018.

There is always a counterweight, says one school of thought and we are not surprised at their arguments. They say that in the future or in 2018, an economy is in the making where we’ll see things like movies, games and other similar stuff become cheaper.

Since these items are expensive usually, people resort to getting their hands on them via illegal or unethical means such as downloading software, e-books, films and shows via torrents. This is how nature sort of balances itself. When the commodities are too high to afford, instances like these are going to take place. While it’s getting harder for people to torrent, people still keep searching for alternatives. Have you ever wondered why posts like these exist at all? It’s because people have this urge to get things that are otherwise too expensive because they cannot miss out on them. Why? Because missing out on them would virtually make them feel lost in a trending topic/conversation.

Downloading torrents is a crime, at the end of the day me, you and all of us are stealing. Stealing away the hard-working individuals’ right to profits and recognition. As for law enforcing agencies the crackdowns will continue even in 2018 against those involved in piracy and its consumption.

My two cents? While you may want to enjoy it while it lasts, it’s better to ditch torrents, at least the ones that are protected and show your support for the products you love by buying them. Hopefully, if prices get down in the future, this wouldn’t even be a debate.